The southernmost city of Europe is also considered the sunniest holiday resort on the continent, with almost no rain and temperatures that rarely drop under 12 degrees Celsius throughout the year. Ierapetra is the capital of southern Crete and an enchanting travel destination, where you can find the perfect combination of superb beaches by the stunning Libyan Sea and centuries of historical and religious heritage. The ever-present sea with its changing hues and spectacular sunsets make Ierapetra a very romantic destination, while there are plenty of fascinating things to see and do while you enjoy a holiday here. With an old Venetian fortress, several monasteries and churches, a little museum and beautiful architecture in the old part of town, Ierapetra still preserves some of its old heritage, from ancient times when it was known by many names and considered a strategic point opposite Egypt. Today, the town is a travel destination with many accommodation options and restaurants, while it also has a bustling agriculture sector. Below you will find the most important information about Ierapetra and the surrounding area.

The town of Ierapetra is located on the southeastern coast of Crete, being the southernmost town of Europe. It is also one of the most important settlements on the island, being built on the site of the ancient city of Ierapytna, very important during the Roman times. The town is situated about 30 km south of Agios Nikolaos and almost 100 km to the southeast of the capital. From Heraklion, the route will pass along the northern coast until Agios Nikolaos and then south from Pacheia Ammos.

The town of Ierapetra is one of the most enchanting destinations in Crete, a sunny place that offer unforgettable summer holidays. Combining enchanting beaches with fascinating sights, Ierapetra is a complete experience. You will surely love the Paralia Ierapetras, the main beach that is located right next to the port. It’s a gorgeous and large black-pebble beach, well organized, although it can get quite crowded during the high season. There are several other small beaches spread along the seafront of Ierapetra. A simple stroll through the snaking streets of the old town is also a lovely experience, revealing other fascinating sights that are worth visiting. The sites we recommend are the Ottoman Mosque at Kato Mera, the Church of Afentis Christos overlooking the harbor that was built in the 14th century and still holds to the custom of burning an effigy of Judas at Easter, the Ottoman School built in 1899 that is now home to the town’s Archaeological Collection, where the most outstanding exhibit is the beautiful statue of the goddess Persephone in a veil. Still in the Kato Mera old town, a small building is known as the House of Napoleon and according to local legends, the emperor stayed here undercover during one of his trips to Egypt and upon leaving left a note stating his name. Other interesting landmarks of Ierapetra include several old monasteries and churches. 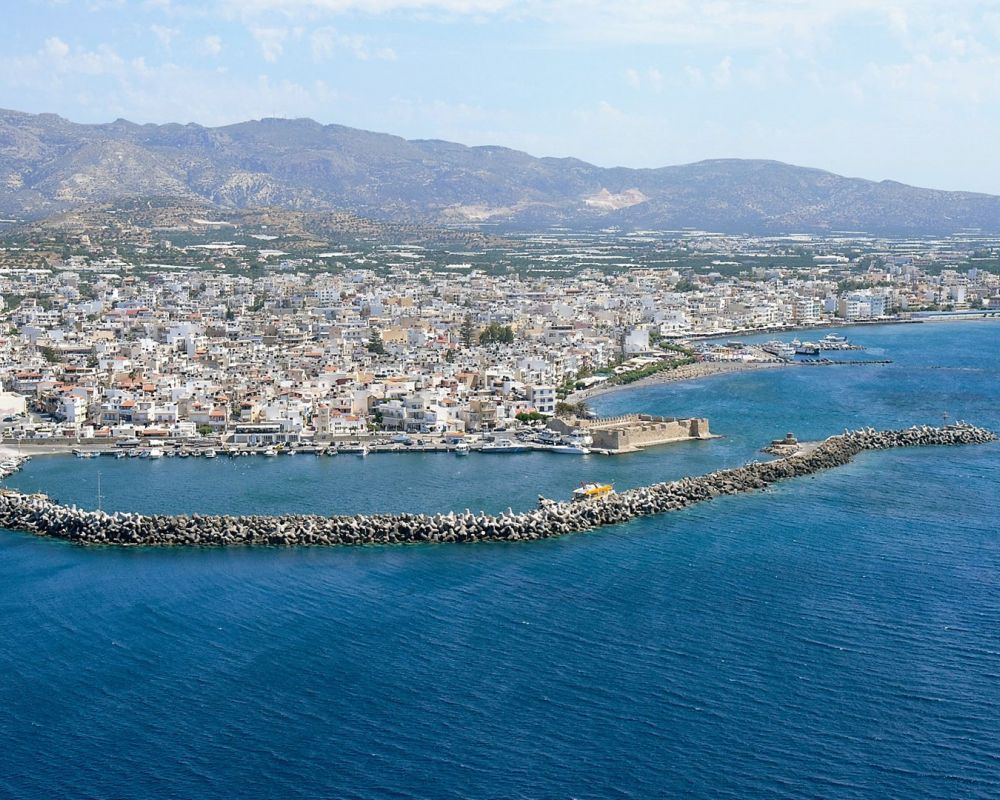 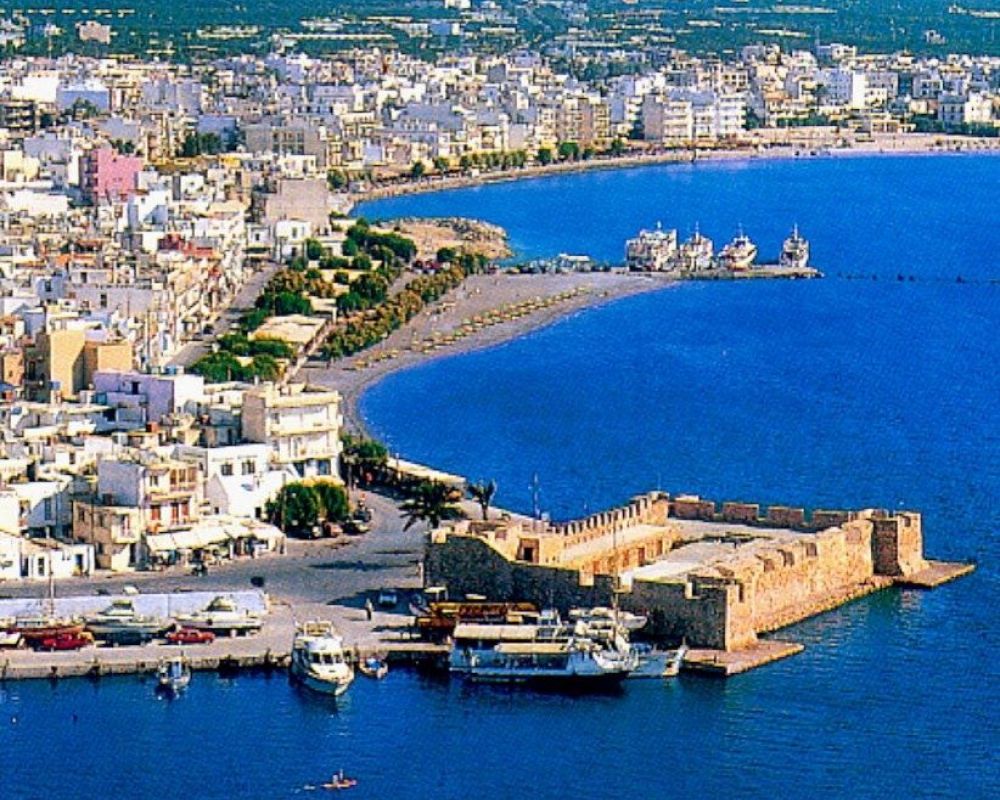 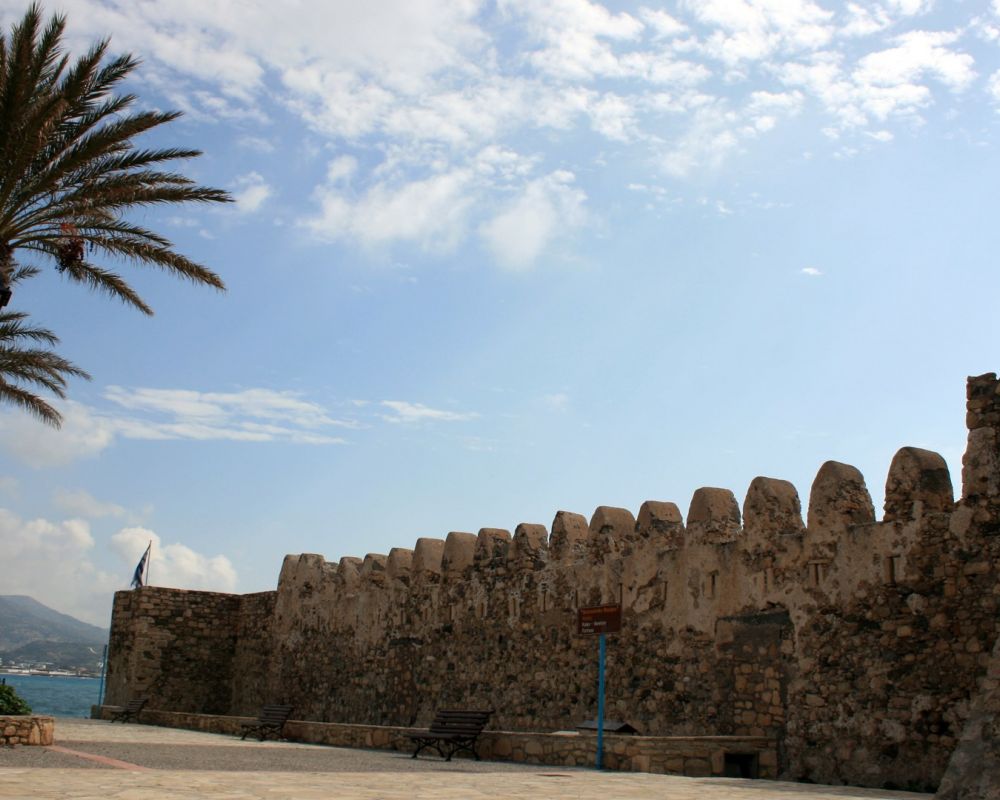 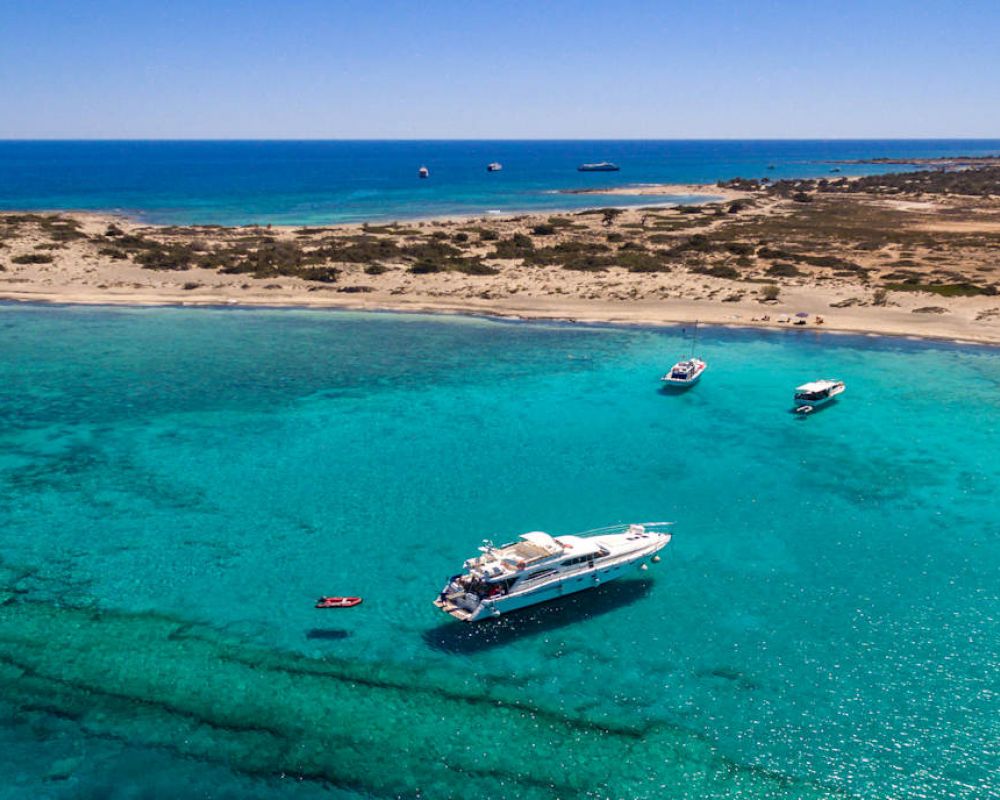 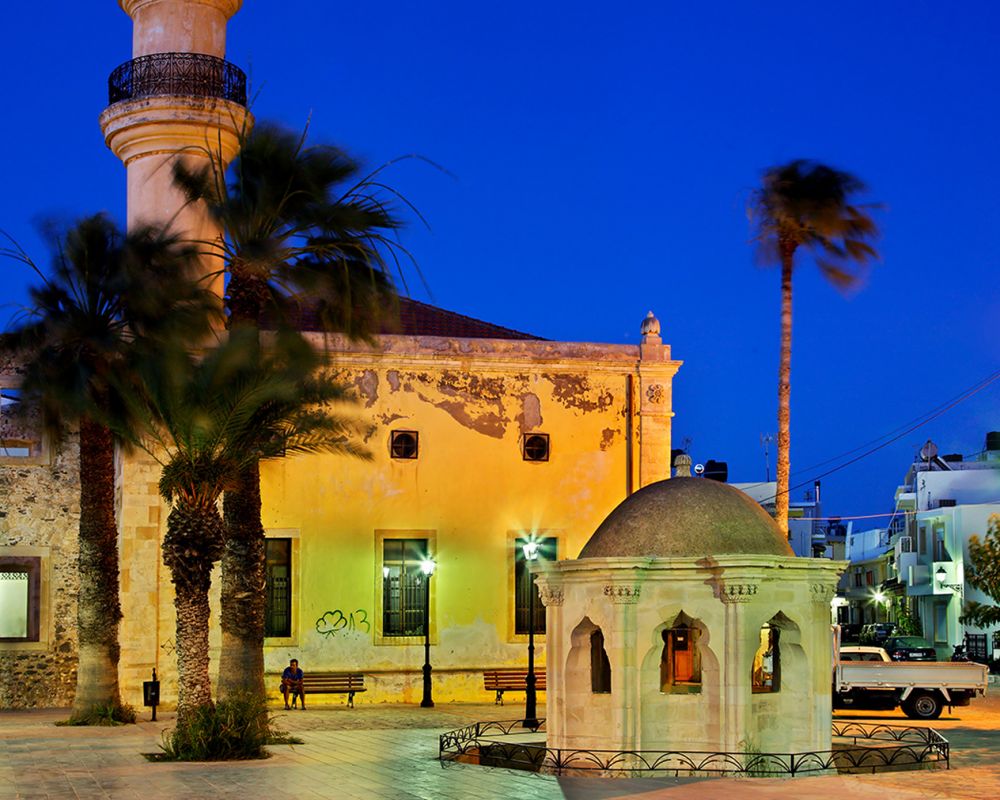