The most important monuments of the site are:

The Palace of Knossos. It is the largest of the preserved Minoan palatial centres. Four wings are arranged around a central courtyard, containing the royal quarters, workshops, shrines, storerooms, repositories, the throne room and banquet halls. Dated to 2000-1350 B.C.

The Little Palace. It lies to the west of the main palace and has all the features of palatial architecture: scraped wall masonry, reception rooms, a pristyle hall, a double megaron with polythyra (pi er-and-door partitions) and a lustral basin-shrine. Dated to the 17th-15th centuries B.C.

The Royal Villa. It lies to the NE of the palace and its architectural form is distinguished by the polythyra, the pillar crypt and the double staircase, with two flights of stairs. It is strongly religious in character and might have been the residence of an aristocrat or a high priest. Dated to the 14th century B.C.

House of the Frescoes. It is located to the NW of the palace and is a small urban mansion with rich decoration on the walls. Dated to the 15th, 14th-12th centuries B.C. 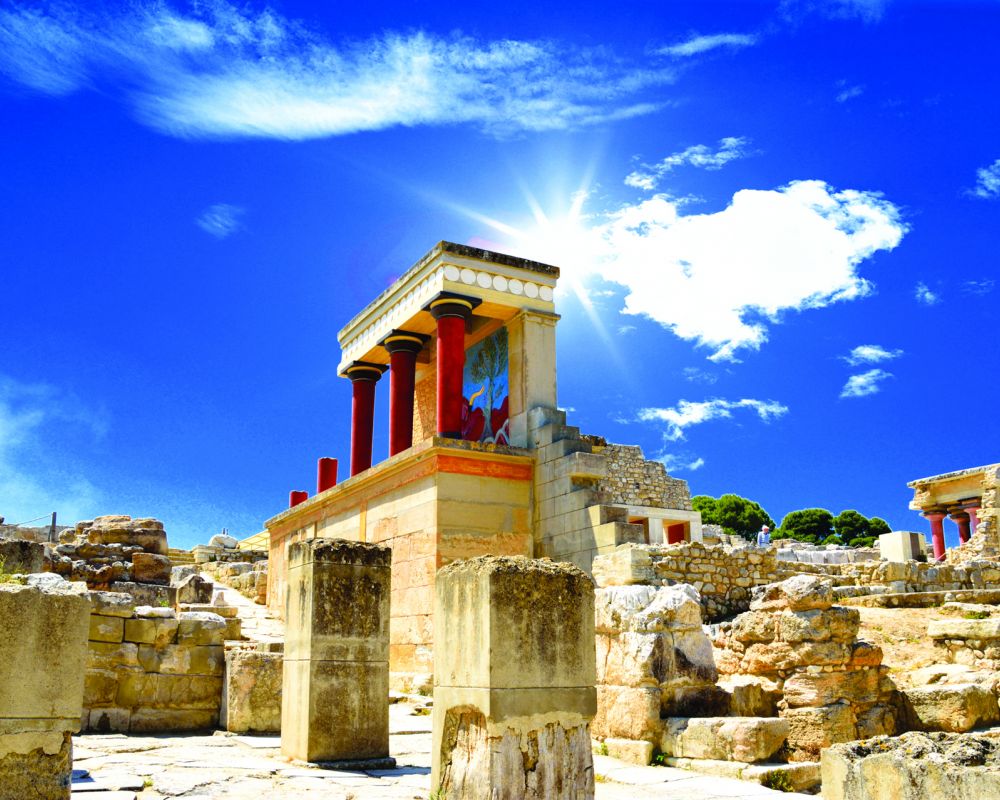 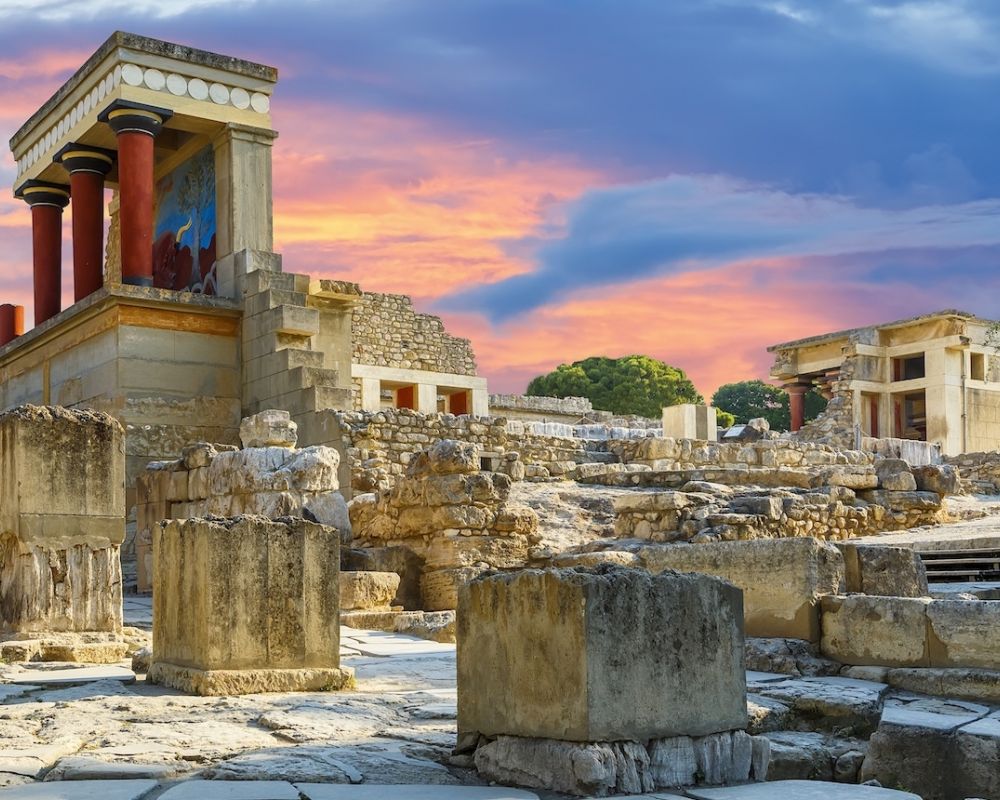 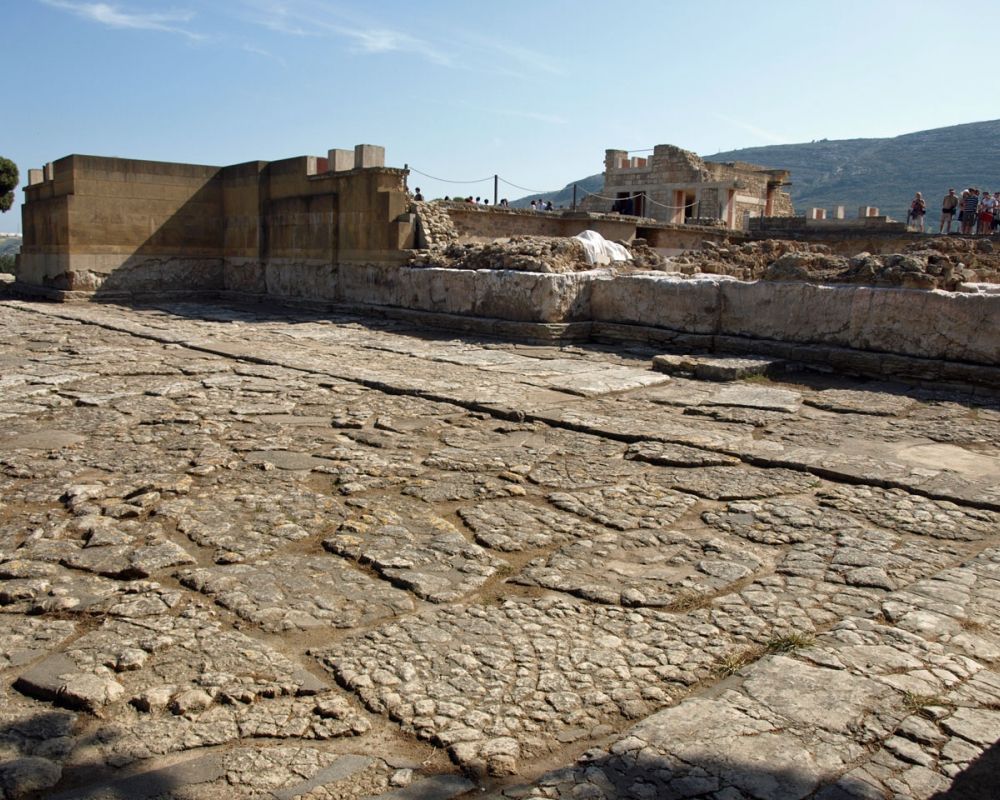 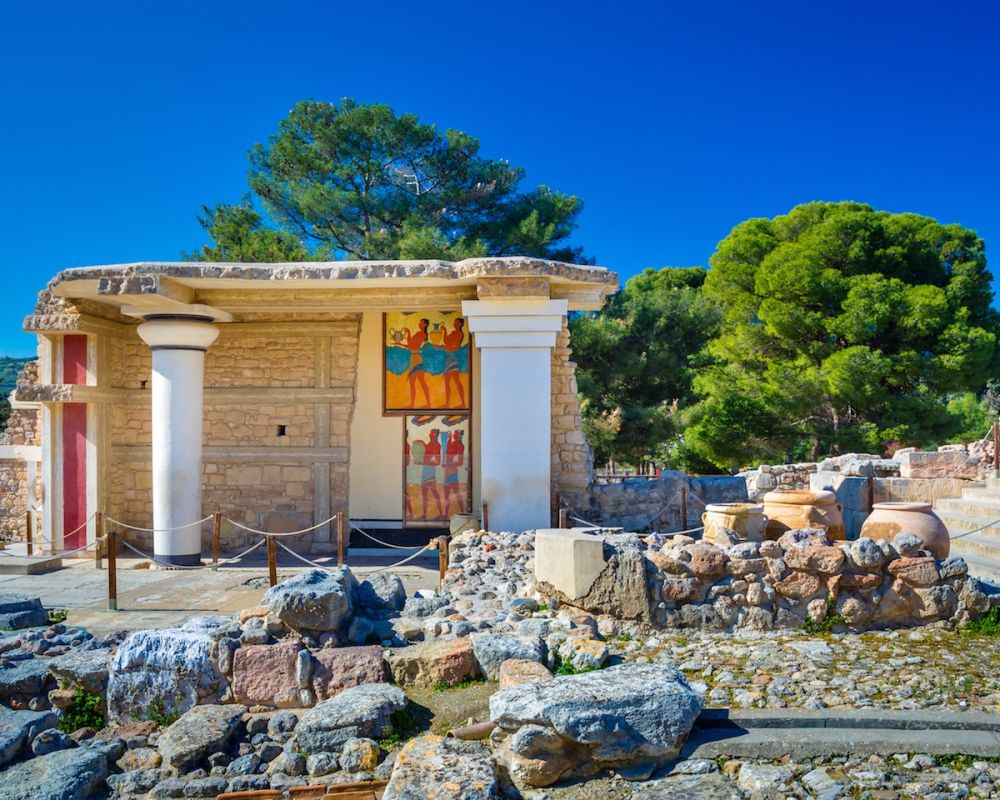 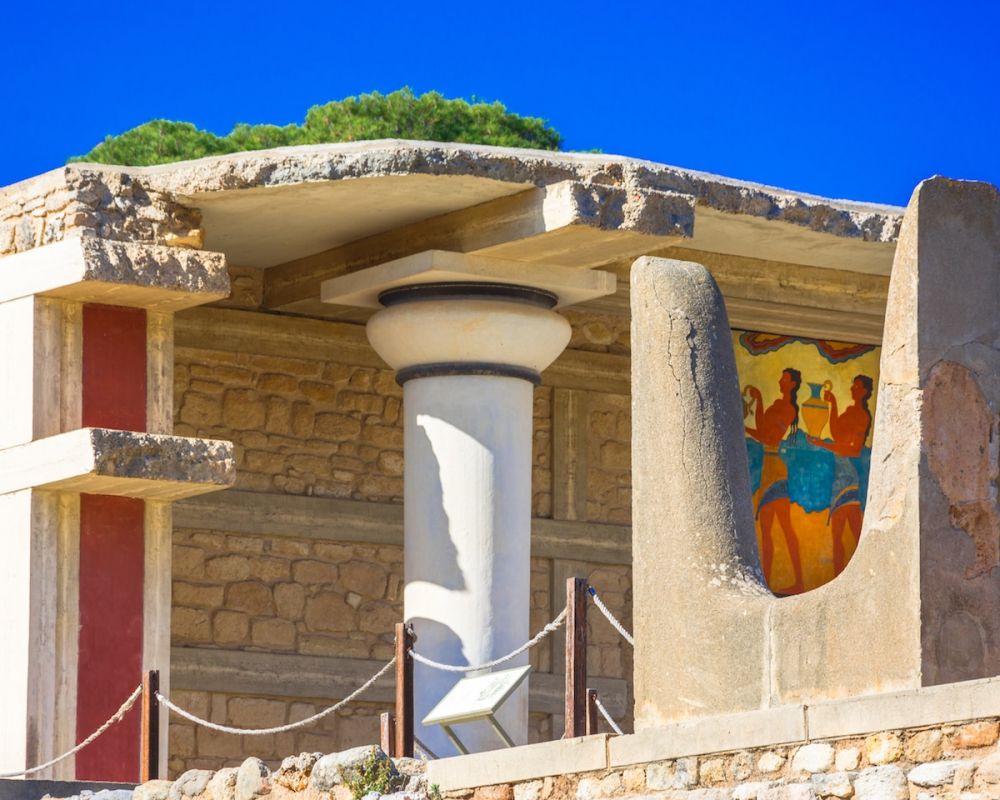 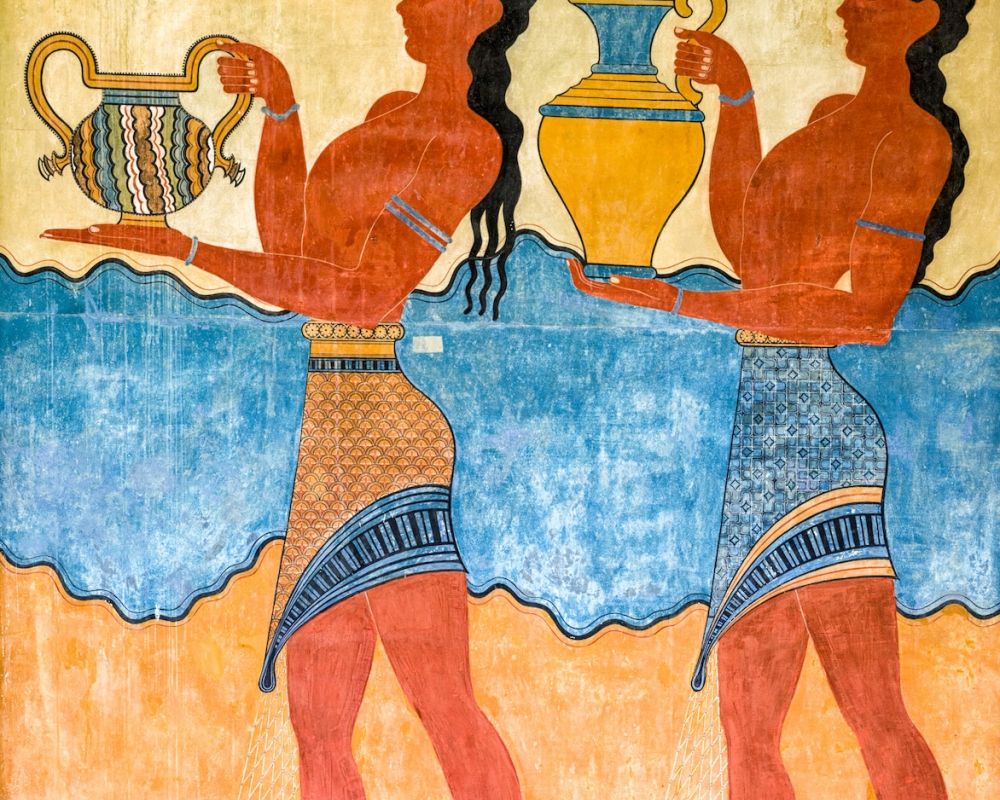 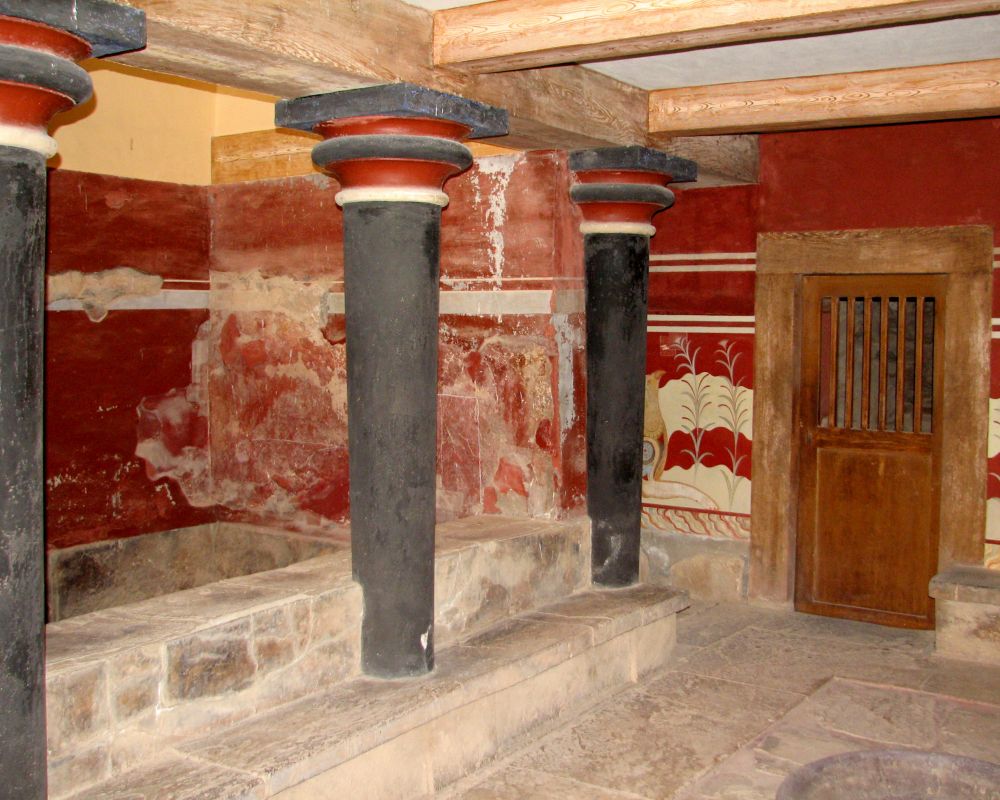 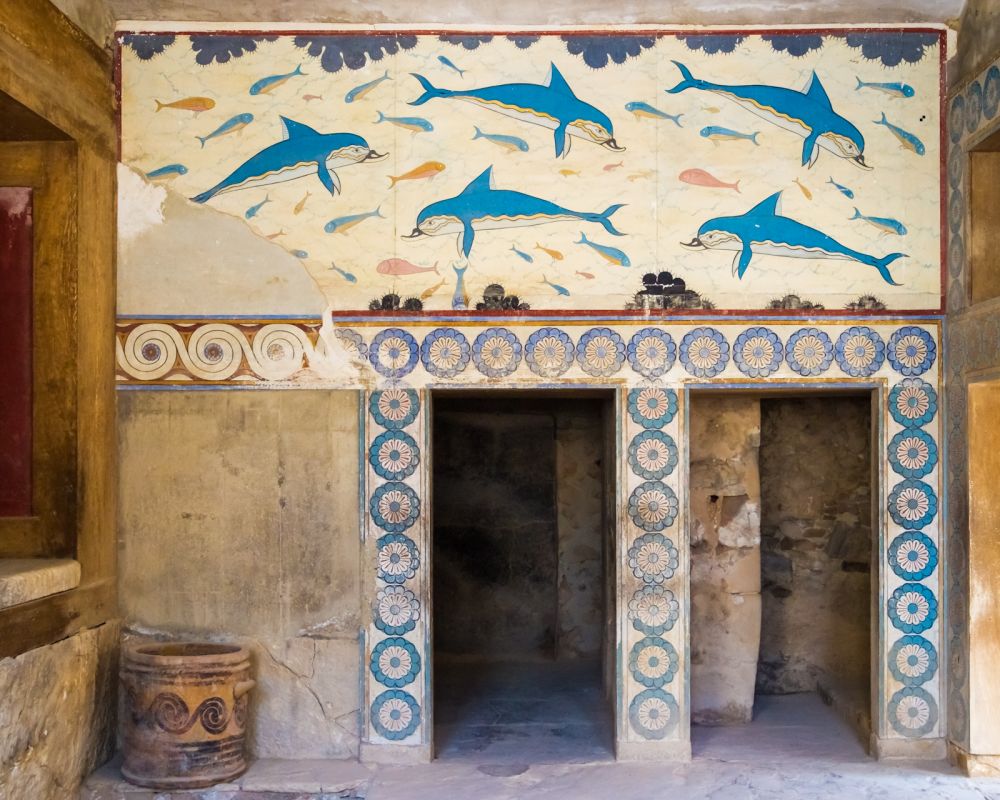 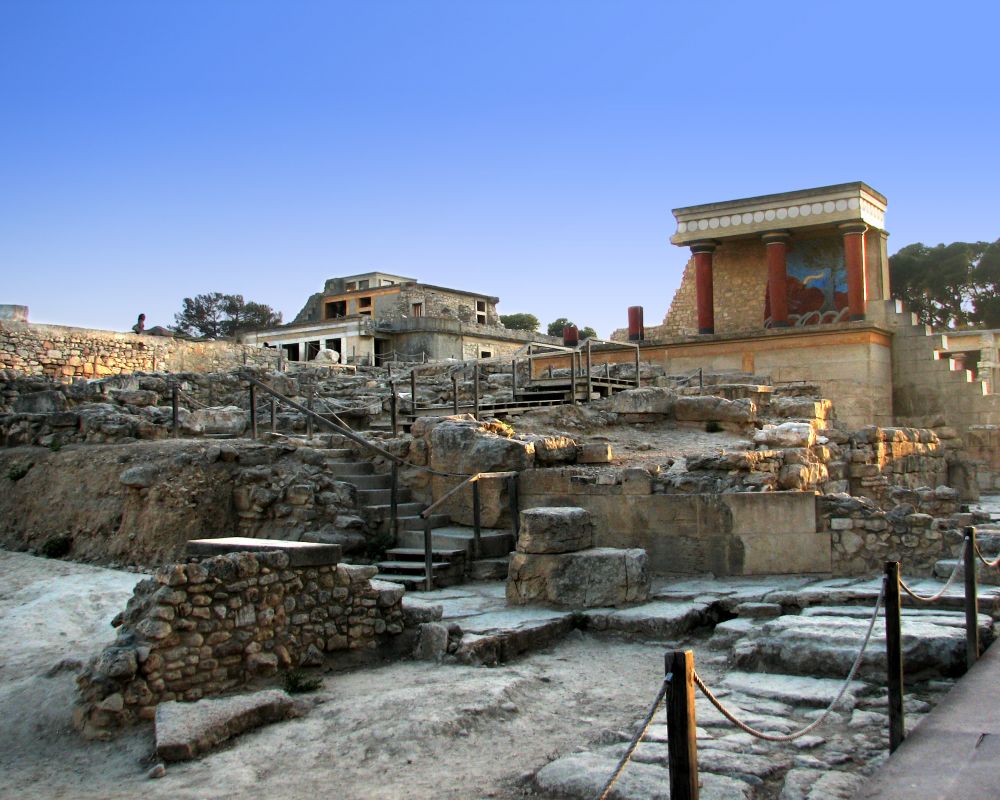 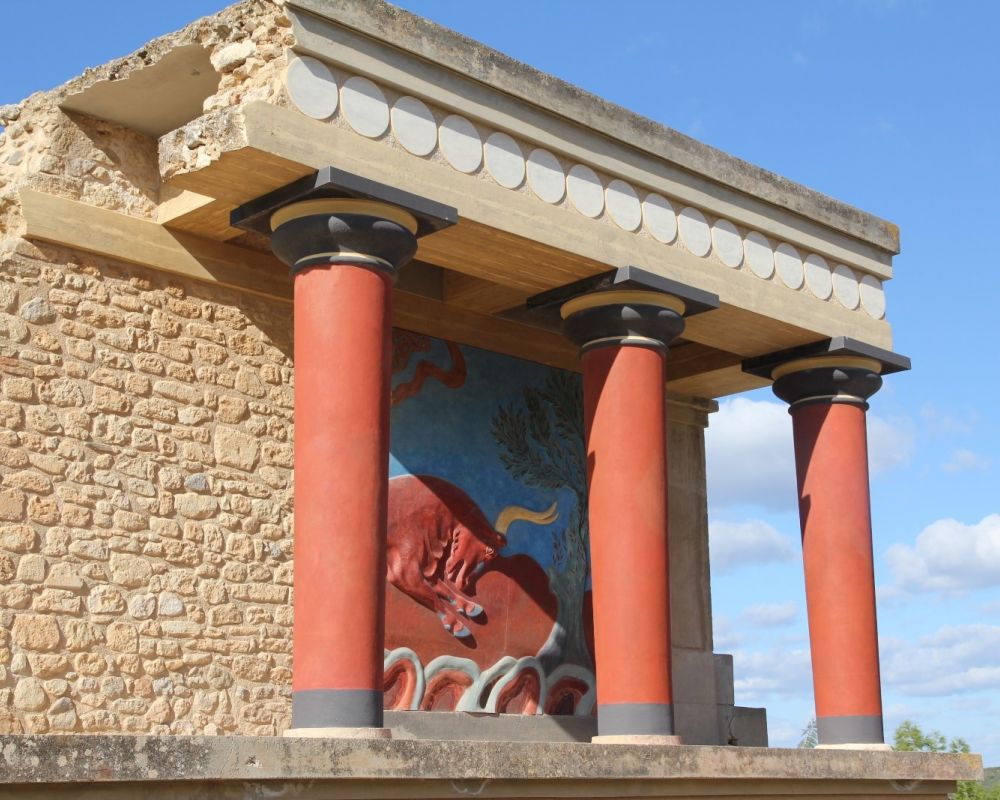 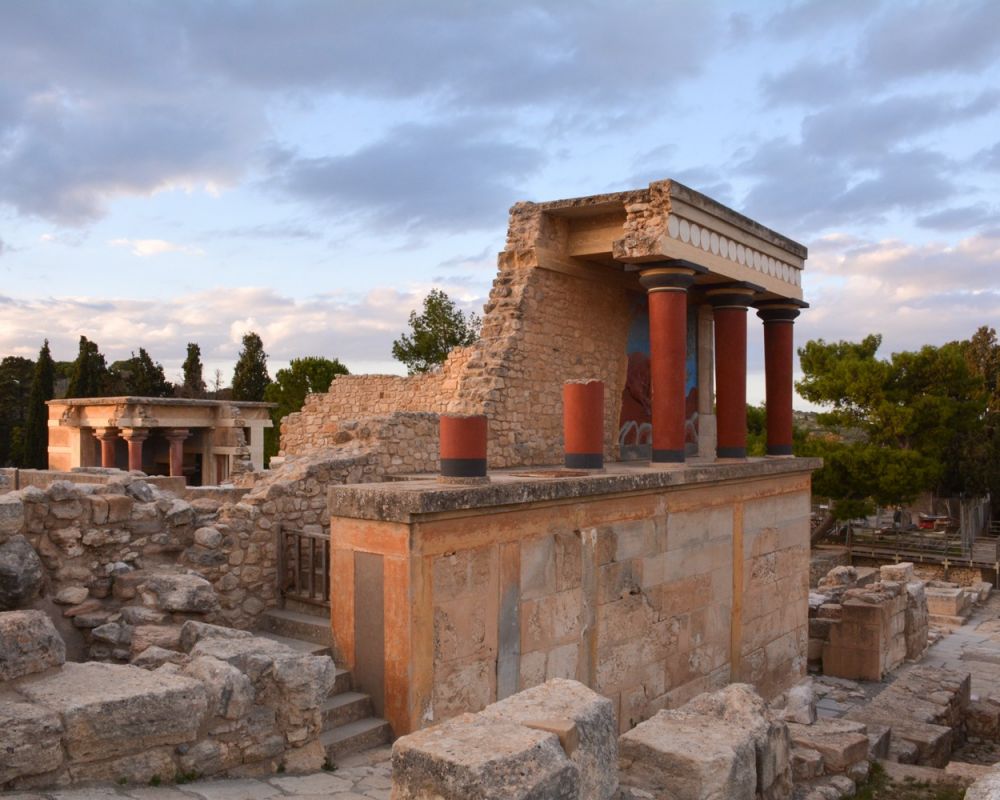 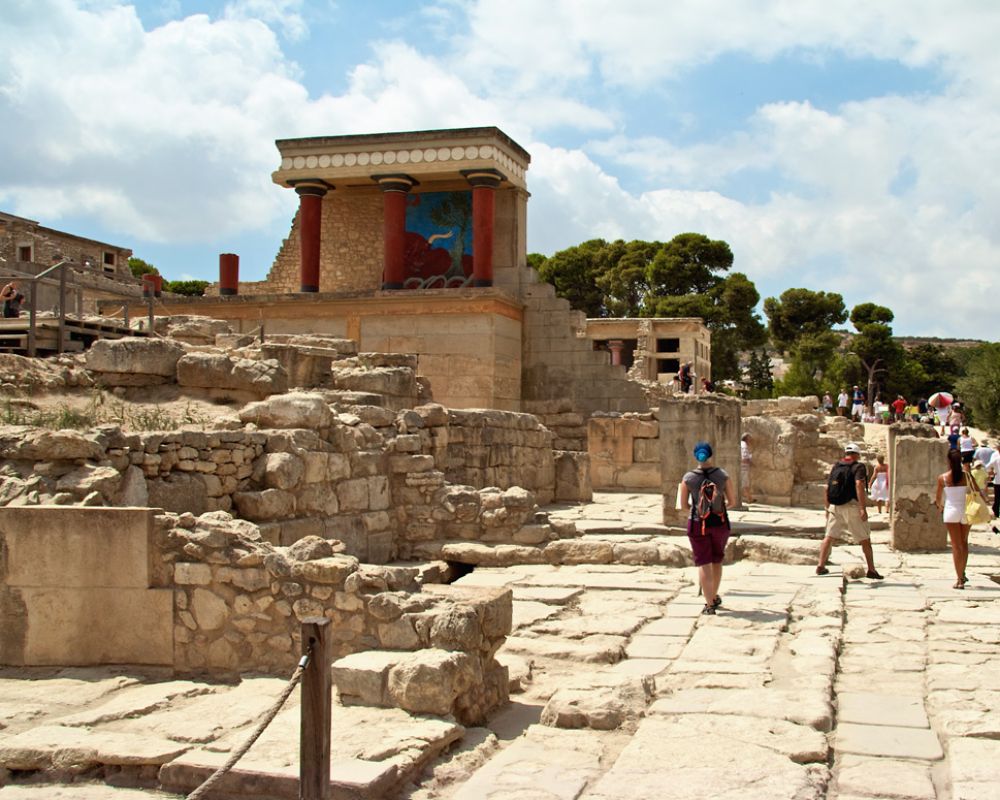 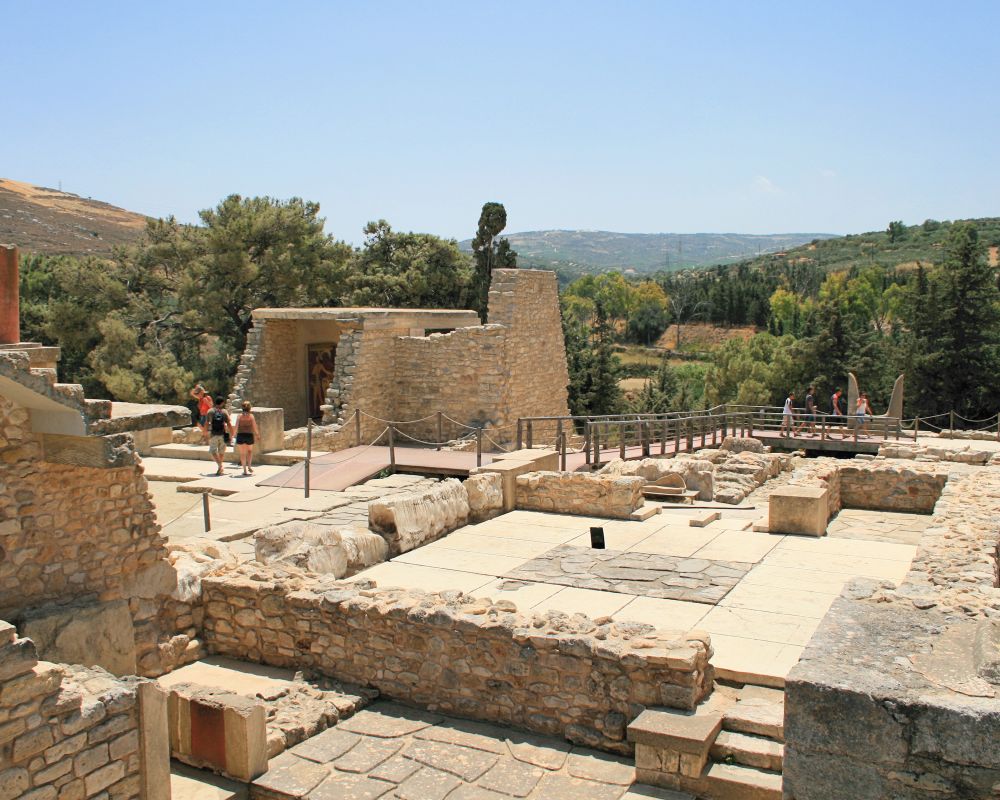 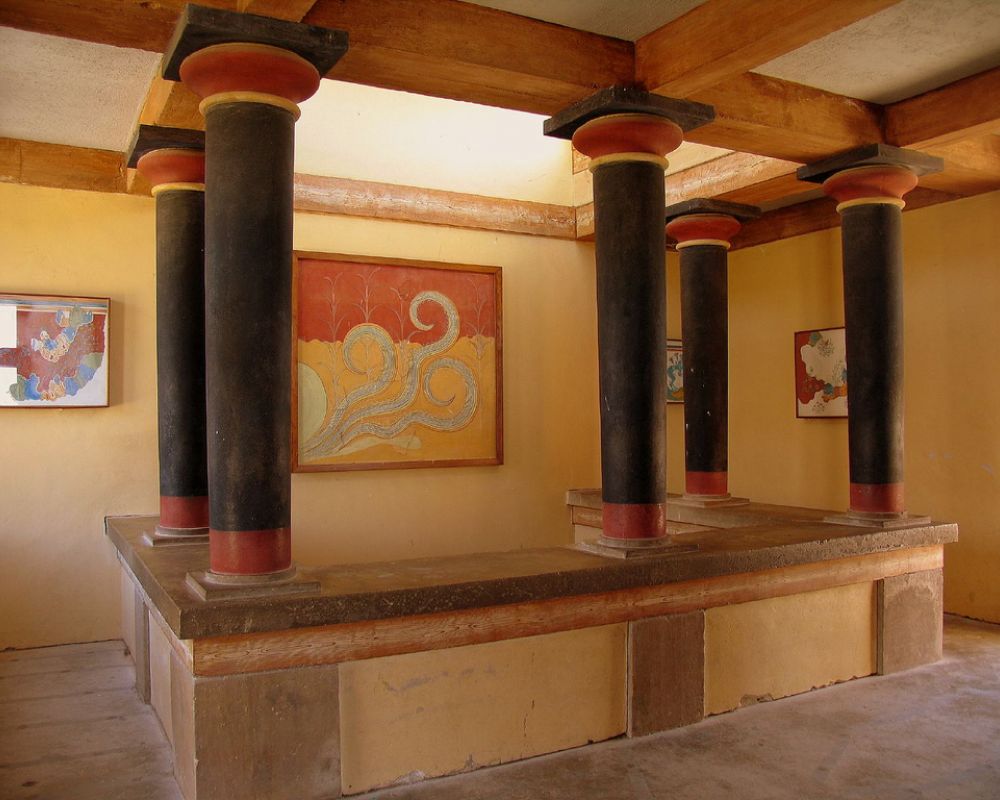